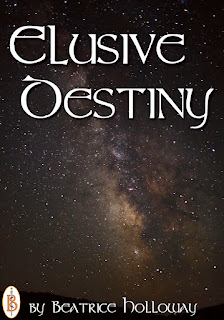 Key Note: An historical fantasy/romance that tells of the impossible challenge of living a life without breaking a commandment between the thirteenth and twentieth centuries.

About the Author
Beatrice Holloway, B.A., B.Ed. has always been interested in history, especially when new information clarifies, confirms or questions the past.  With the help of a lottery grant she has written and had produced a play; an eighteenth century scandal for which she was awarded a Certificate of Merit for Contributions to the Arts.
Her first novel ‘A Man from the North East’ published privately, details the social life of the 1930’s.  'Elusive Destiny', her latest book was written because of a remark she heard –‘I’ll see you in the next life’.