The Siege of Lachish - first ebook sale for August

Our first ebook sale this month was a copy of The Siege of Lachish by Andrew May. 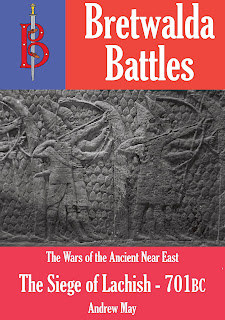 
About the Author
Andrew May is a former defence scientist with an MA from Cambridge University and a PhD from Manchester University. His thirty year career spanned academia, the civil service and the defence industry. He has worked on advanced technology research in Farnborough, strategic planning in Whitehall and operational analysis for a large defence company. He is now based in the South-West of England where he works as a freelance writer and blogger.
Posted by Rupert Matthews at 04:26