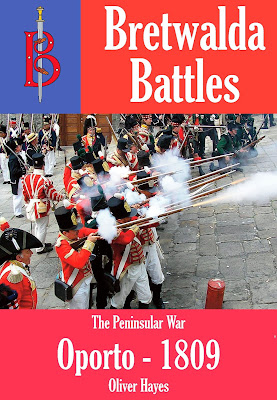 The Battle of Oporto was key early British victory in the Peninsular War that ensured that the troops commanded by Arthur Wellesley (later the Duke of Wellington) would not be driven out by the French any time soon.

In March 1809 the French under Marshal Soult defeated a British-Portuguese army just north of the Douro River and pushed on to captured the great city of Oporto. Soult believed that his victory had as good as won the war for him. All he needed to do was rest his men for a few days, then continue south to capture Lisbon. But then British troops were reported advancing north toward Oporto and Sould realised he had a fight on his hands. The battle that followed was a rare instance of Wellington organising an offensive against a prepared and entrenched opponent.