Cinema and Kidneys - Singing to the Goldfish

If 'lunch' finished with a trip to the cinema, Technicolour musicals being favourite, we'd be found in the rear stalls, almost invisible through dense clouds of cigarette smoke, then an integral part of every cinema interior in the land. In those days of the double feature, a few unmusical and often very un-childlike offerings were included. Memories of Peter Lorre in 'The Beast With Five Fingers' stayed with me for years, as did scenes from the brilliant though disturbing film, 'The Red Shoes.' Those, plus a few evenings at the Everyman, in Hampstead (where I must have been sneaked in, it then being a members-only cinema-club, specialising in foreign films) provided me with glimpses of humanity that I might well have been better off without. While unable to recall seeing anything overtly sexual, the sheer misery and despair of Emile Jannings memorable portrayal of the hapless professor in 'The Blue Angel' left me with deep feelings of unhappiness as well as a long-standing (and quite unfair) loathing of Marlene Dietrich. One of Mother's best impressions was of Marlene's gravelly-voiced rendering of 'Falling in Love Again' (featured in the film) which, whenever she performed, caused me to leave the room; although she never really understood why, accusing me of 'Doing a Sarah Bernhardt again, are we...'


from Singing to the Goldfish by Bev Pettifar
Available from all good bookshops, and as an ebook 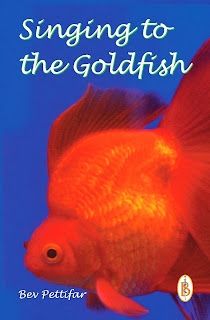 Posted by Rupert Matthews at 01:51