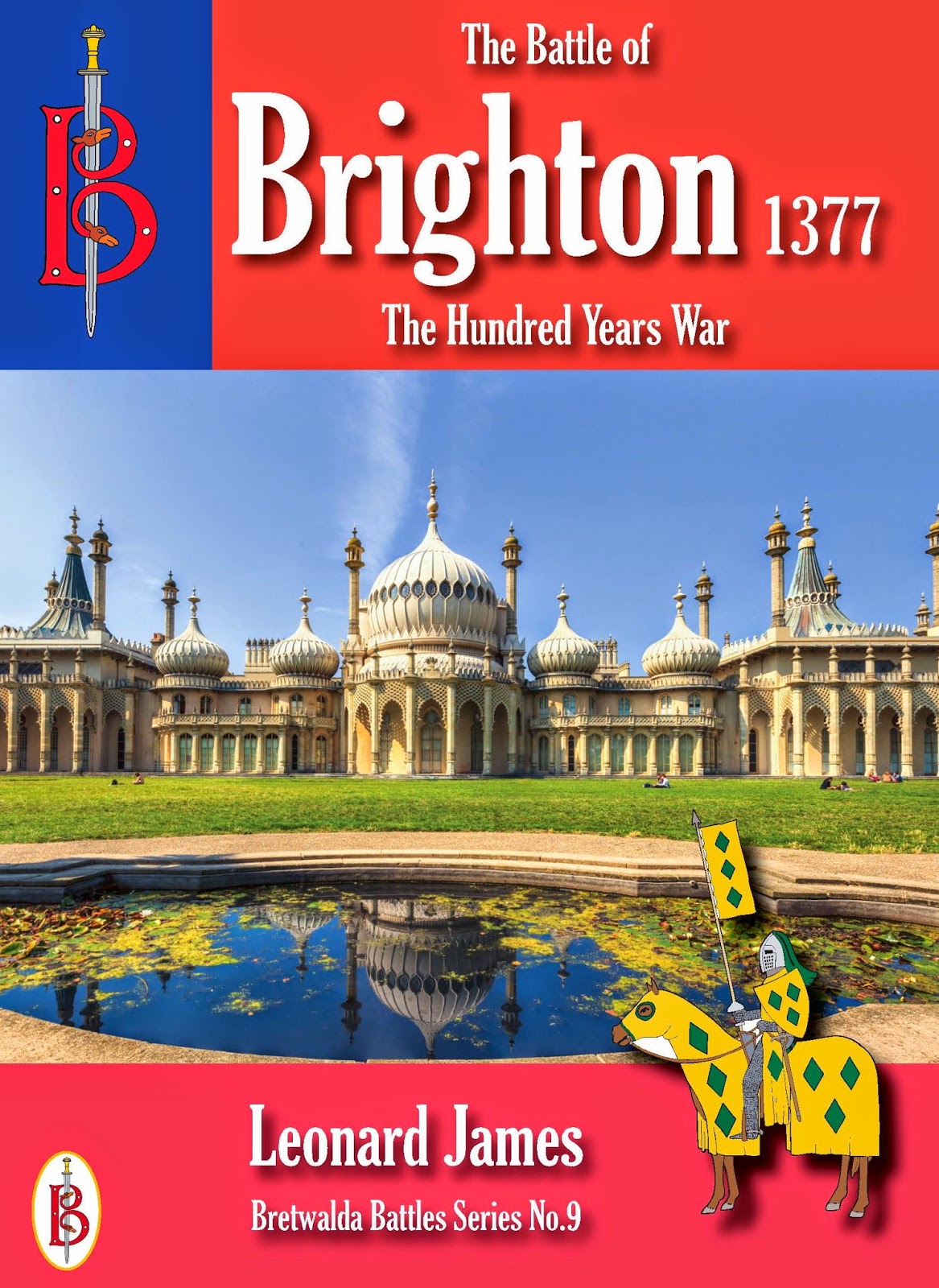 A book about the bloody Battle of Brighton, one of the lesser known battles of the medieval Hundred Years War between England and France.
In 1377 a powerful French fleet landed an army on the beach at Brighton - then a small fishing village known as Brighthelmstone. The village went up in flames and the French stormed inland to loot, plunder, murder and rape. The local militia mustered at Lewes under local knights and set out to attack the French and exact revenge. The climatic battle was fought just to the east of the modern town centre, with part of the battlefield on the open downs which have changed little since 1377 allowing the course of the fighting to be traced on the ground.
This book brings an exciting new look to the Hundred Years Wars. The course of the campaign is given, but the emphasis is on the Battle of Brighton and the men who fought there. There are detailed analyses of weapons, tactics and strategies, tactical diagrams explain how the troops formed up and moved, and a study of the commanders. The course of the battle is followed with the aid of maps, relating to the ground today. The aftermath of the battle, its effects and importance to the progress of the war are then described.
The “Bretwalda Battles” series has been running with increasing success as printed books and as ebooks for five years.

GET your copy HERE

Posted by Rupert Matthews at 23:16