The Nazis and Operation Himmler (1939)

The Nazis and Operation Himmler (1939)
The Second World War was triggered by a single event – the invasion of Poland by Nazi Germany on 1 September 1939. Ostensibly, this was a legitimate act of self-defence – a response to Polish aggression against Germany. But in reality there was no such aggression – it was a classic case of a False Flag operation. Just over a week before the invasion, on 22 August 1939, Hitler told his military commanders: “The start of the conflict will be accomplished through suitable propaganda. Its credibility is immaterial, its legality lies in victory.”
The plan was the brainchild of the notorious Reichsführer-SS Heinrich Himmler, and historians refer to it as Operation Himmler for that reason. Dozens of attacks were carried out by the SS and other German troops, dressed in Polish uniforms, against German targets along the border with Poland. Dead bodies, also dressed in Polish uniforms, were left behind with suitably convincing bullet wounds. But in reality the victims had been dead for some time – inmates of concentration camps who had been killed by lethal injection. With characteristic heartlessness, the Nazis referred to such bodies as “canned meat”.

from "Conspiracy History" by Andrew May 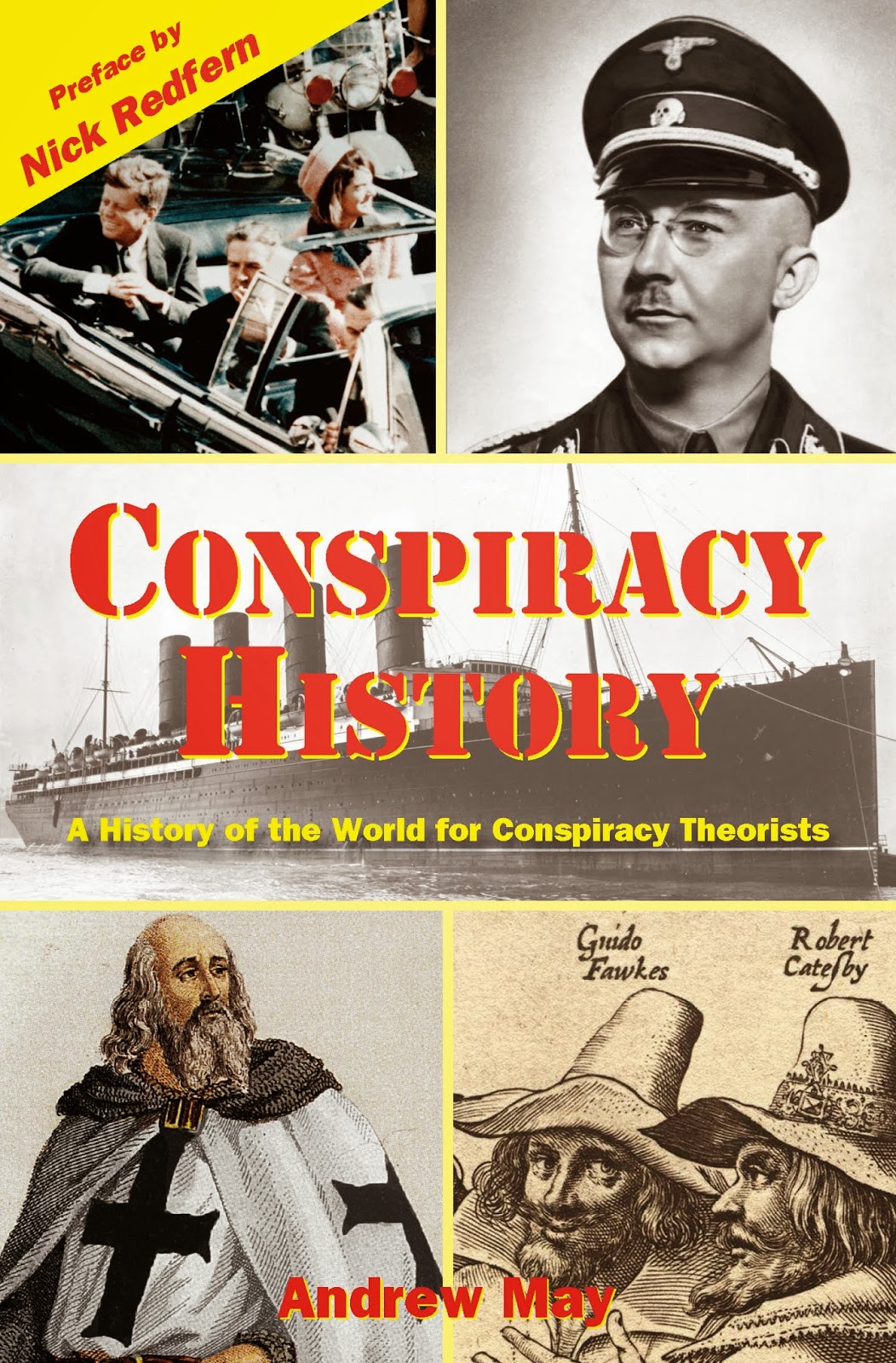 JFK, the Bilderberg Group and the New World Order – conspiracy theories abound on today’s internet, but they are nothing new. Taking a long-term view reveals century after century of covert conspiracies, murder plots and political intrigues. The history of the world is riddled with hidden agendas, scheming politicians and secretive organisations.

Did the U.S. government fake the 9/11 terror attacks? Was the British establishment behind the death of Diana, Princess of Wales? Conspiracy theories like these may be a modern phenomenon, but the basic idea – that world events are controlled by cynically duplicitous schemers – is as old as history. When the heir to the English throne died in 1120, they said it was an accident – but it was an accident from which certain people benefited a great deal. When the Nazis invaded Poland in 1939, it was in response to blatant Polish aggression... which just happened to be the work of Nazi soldiers dressed in Polish uniforms. As Niccolò Machiavelli said 500 years ago, “the end justifies the means”. History is often dismissed as a dull subject, but it leaps into all-too-contemporary life when seen through the eyes of a Conspiracy Theorist! This fast-paced account tells you everything you need to know about the convenient accidents, false flag operations and hidden agendas that have shaped the course of history.

Chapter 3: They acted alone - or did they?

Chapter 7: The Illuminati and others

About the Author
Andrew May is a former defence scientist with an MA from Cambridge University and a PhD from Manchester University. His thirty year career spanned academia, the civil service and the defence industry. He has worked on advanced technology research in Farnborough, strategic planning in Whitehall and operational analysis for a large defence company. He is now based in the South-West of England where he works as a freelance writer and consultant.
Posted by Rupert Matthews at 02:10