Both of the trials described in the novel "A Devi's Dozen" were presided over by Sir James Parke. 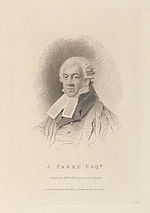 James Parke, 1st Baron Wensleydale PC (22 March 1782 – 25 February 1868) was a British barrister and judge. After an education at The King's School, Macclesfield and Trinity College, Cambridge he studied under a special pleader, before being called to the Bar by the Inner Temple in 1813. Although not a particularly distinguished barrister, he was appointed to the Court of King's Bench on 28 November 1828, made a Privy Councillor in 1833 and, a year later, a Baron of the Exchequer. He resigned his post in 1855, angered by the passing of the Common Law Procedure Acts, but was recalled by the government, who gave him a peerage as Baron Wensleydale of Walton to allow him to undertake the Judicial functions of the House of Lords, a job he fulfilled until his death on 25 February 1868.

About the book
Violence, love, loyalty and betrayal among the smugglers who once terrorised the coasts of southern England. The true tale of the Aldingston Blues Gang retold as a gripping novel.

Posted by Rupert Matthews at 05:35