NEW EBOOK - The Battle of Pavia

A book dedicated to the Battle of Pavia that decided the fate of Italy for over two centuries.

The battle also marked the death of Richard de la Pole, nephew of King Richard III of England and the last Yorkist pretender to the English throne. This battle fought in Italy therefore marked the true end to the Wars of the Roses.

A Spanish-Imperial army under the nominal command of Charles de Lannoy (and working in conjunction with the garrison of Pavia, commanded by Antonio de Leyva) attacked the French army under the personal command of Francis I of France in the great hunting preserve of Mirabello outside the city walls. In the four-hour battle, the French army was split and defeated in detail. The French suffered massive casualties, including many of the chief nobles of France; Francis himself, captured by the Spanish troops, was imprisoned by Charles V and forced to sign the humiliating Treaty of Madrid, surrendering significant territory to his captor. The outcome of the battle cemented Spanish Habsburg ascendancy in Italy.

Contents
Introduction
Chapter 1 The de la Poles – from France to Suffolk and back?
Chapter 2 The Renaissance
Chapter 3 The Italian Wars
Chapter 4 The Commanders
Chapter 5 The Warriors
Chapter 6 The Invasion
Chapter 7 The Battle
Chapter 8 After the Battle
Postscript: Who was Marguerite? 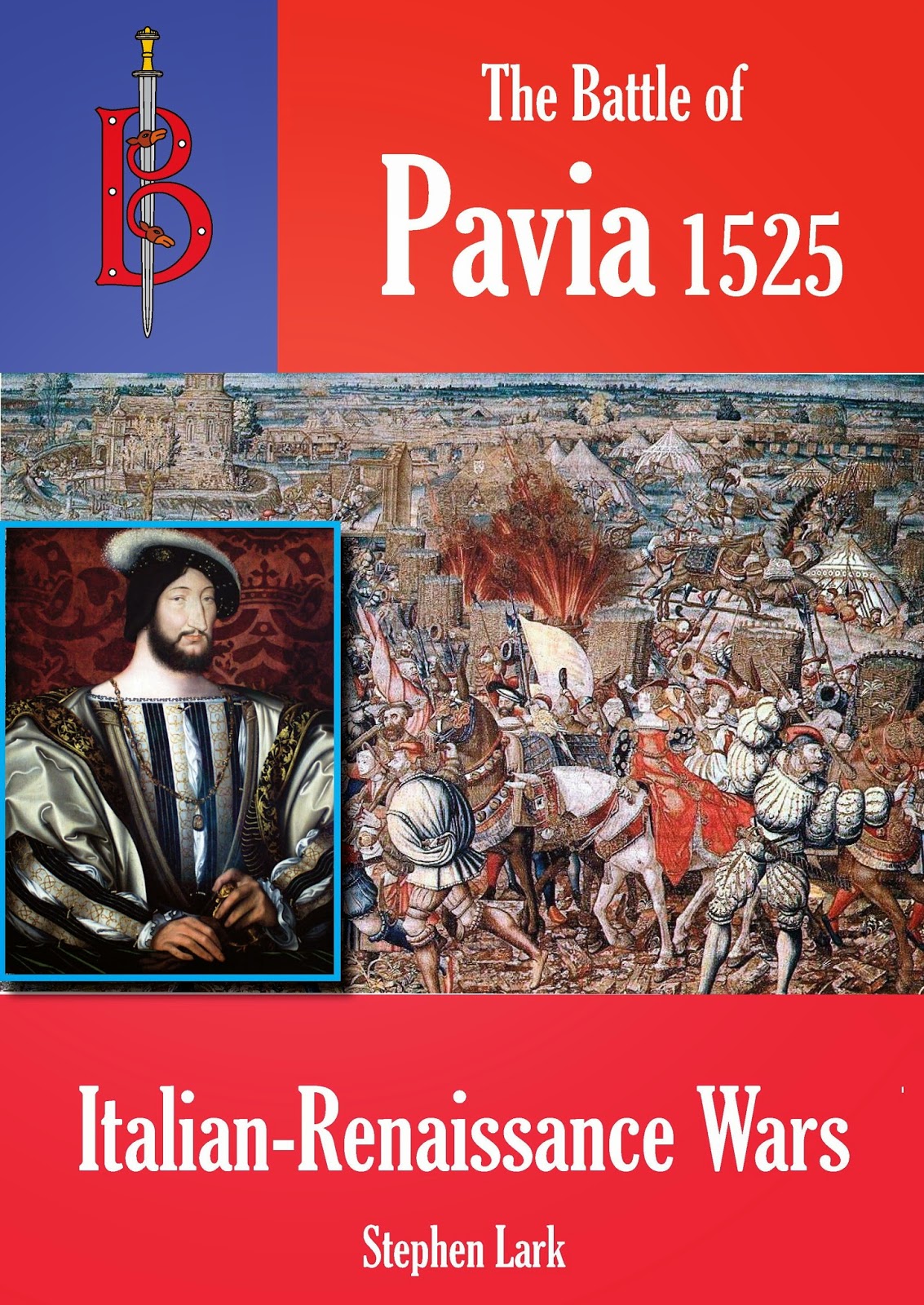 Posted by Rupert Matthews at 01:55