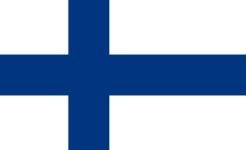 We have just sold our first book in Finland. Inevitably it was a copy of our Scandinavian thriller, "Vulture's Lair" by the famous Icelandic writer Halllur Hallsson.

"The best book to have come out of Iceland since the Nobel Prize winning "Independent People". Dan Hannan MEP "All in one; horror, thriller and critiquing, written with great ingenuity ... Political novel and futuristic thriller, a modern Orwell's 1984." Hrafn Jokulsson, one of Iceland's most prominent critics. "Vulture's Lair is history, contemporary, futuristic and a thriller." Jon Kr. Snaholm: historian and sociologist at Edinburgh

A gripping political thriller set a few years into the future when the EU has become a fully federal superstate. A political elite out of control. A lone man seeking the truth Murder, mayhem and intrigue leading to the Vulture's Lair Brussels. The highest ranking Icelandic official at the United States of Europe, Solman Smithson, hears the voice of his old friend Krummi, who is fighting off armed guards. Krummi and Solman grew up together in the Westman Islands but while Solman became a bureaucrat, Krummi went to sea as one of Iceland's last fishermen. The Vulture is looking down on its prey. The chance encounter takes place as the new president, Erich Devereux, is installed into power. But rumours circulate that corrupt votes put him in power. Murders and violent attacks on journalists and academics proliferate in an apparently unconnected way. And as momentum builds in Iceland for independence from the USE the tempo of violence and intrigue quickens. The Vulture moves toward its prey. Fate decrees that only the big fisherman from the Westman Islands stands in the way of the dark forces of chaos. But can a fisherman from Iceland work out what is really going on. And can he survive long enough to make a difference. The Vulture closes in.