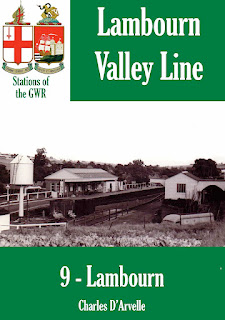 A fascinating history of one of the long vanished stations on the Great Western Railway.

Lambourn Station is no more. There is nothing left on the ground to show that this was once the thriving terminus of an independent railway line, later taken over by the Great Western Railway. The station had a coal yard, engine shed, cattle pens, racehorse loading bays and all the necesseties of a line terminus in the days of steam. The line ran from Lambourn down the valley to the Berkshire town of Newbury. Some of the older residents can still remember the trains coming and going, shunting rolling stock and collecting freight as well as passengers.

In this book we learn when Lambourn Station was built and why. The impact the station had on the surrounding area is explained and the type of freight and passengers that used the station are explained.

The book also takes a look at the types of freight - both heavy and light - transported on the Lambourn Valley Railway (LVR).