London Launch Party for "What the Immigrant Saw" by JP Floru

Interview with the author of "How to be a Successful Candidate"


A simple, step by step guide on how to be a winning election candidate by one of the best campaign managers in the business.   After over 25 years of campaigning experience, Rupert Matthews has finally decided to tell all. Whether you are standing for local council, parliament or other elected office, this is the book for you. From how to dress for the public to how to deal with the press, from how to write leaflets to how to organise a petition, Rupert covers all the basics of running a successful political campaign. He also includes easy to follow, step by step guidance to the legal minefield that is modern political campaigning. Rupert also spills the beans on the darker arts of campaigning, explaining the tricks and turns of the backroom boys that are essential to any winning candidate, but which rarely get talked about and are never acknowledged in public. As Rupert says “There is a world of difference between a candidate with a good message and one who actually gets elected to office. Always remember, you want to be ELECTED.”About the WriterRupert Matthews is a former staffer at Conservative Central Office who has acted as a freelance campaign manager on parliamentary by elections. He has stood himself as a candidate at Council, Parliamentary and European elections. He is recognised by friends and foes alike as one of the most dynamic and innovative political campaign managers in the business.
Posted by Rupert Matthews at 07:44 No comments:

Interview with the author of "The Very Best of Tory Radio"

Posted by Rupert Matthews at 01:55 No comments:

Struan Stevenson MEP talks about "Windfarms and the Rape of Britain"

Posted by Rupert Matthews at 02:14 No comments:

Interview with Nicky Morgan MP, author of "The Ombudsmen - Time for Reform"


Thoughtful and convincing work arguing for the thorough reform of the Ombudsman system written by an MP PPS in the House of Commons.

The Ombudsman was established in 1967 to investigate complaints of maladministration and injustice by central government. In 1974 the Local Government Ombudsman was established to perform a similar role for complaints against local councils. In 2001 they were joined by the Financial Ombudsman Service. There are now more than two dozen Ombudsmen covering everything from the NHS to furniture manufacturers.
In this provocative booklet Nicky Morgan MP argues forcefully that the system is ripe for a long overdue overhaul. She calls for Ombudsmen to look at service failure as well as at maladministration, to publicise their findings more widely and to be given greater powers to right the wrongs suffered by individuals at the hands of faceless bureaucrats. "The Coalition Government is committed to empowering people" writes Nicky. It is now time to act.


About the Author
Nicky Morgan is Member of Parliament for Loughborough. Nicky studied law at Oxford University. In September 2010 Nicky was appointed Parliamentary Private Secretary (PPS) to the Rt Hon David Willetts MP, Cabinet Minister at the Department of Business, Innovation and Skills. She had previously been elected by her fellow MPs to serve on the Business, Innovation and Skills Select Committee, but gave up that position following her appointment as a PPS.
Posted by Rupert Matthews at 00:28 No comments:


Insiders' analysis of negative campaigning in the politics of the UK and USA - why it works and why it does not.

The aim of A History of Negative Campaign: UK and USA stems from our recognition of those who continue to engage in the dark arts. Politics still very much remains a game of two halves: Positive campaigning everyone talks about and Negative campaigning they don't acknowledge.
Sangra, begins with an historical overview of the presidential elections in the United States of America, the birthing ground of political campaigns, political consultants and ultimately the rise of negative campaigns; drawing on the popularity of the Democrats and Republicans during a timeline of eras.
Woodman, proceeds with the lessons the United Kingdom have learnt from the Americanisation of politics and examines the negative campaigns of the Conservative, Labour and LibDem Parties. He concentrates on General Elections, but also talks about America's style in the London Mayoral Election.
Both authors present separate conclusions with predictions ahead of the upcoming Presidential and General Elections.


About the Authors
Harpreet is a 2008 graduate of Loughborough University with BSc Hons in Communications and Media Studies and has completed a dissertation researching spin and Alastair Campbell. She now works as a full time political analyst.
Andrew has worked for the Direct Democracy movement as well as co foundering the successful Reinstate Roger Helmer campaign. Andrew worked for seven years as campaign manager and election agent for the Conservatives in the North West Leicestershire constituency. He now works as Senior Parliamentary Assistant for Andrew Bridgen MP. '
Posted by Rupert Matthews at 02:43 No comments:

What the Immigrant Saw - the video

Today we launch the first video of our autumn 2011 season. Below you can watch JP Floru talk about his new book "What the Immigrant Saw"


Britain as seen through the eyes of an immigrant from Belgium. Amusing, serious, incisive, but always affectionate, JP Floru brings an outsider's eye to look at Britain.

In this book JP Floru takes us on his journey to get to know Britain, his adoptive home. He recounts events both amusing and serious. He looks at British towns and countryside with a fresh eye, revealing us as others see us.

"I nearly walked under a car when I spotted my first ever bus queue. A dozen people of all ages and walks of life stood neatly behind each other (without touching!). I stared at it in wonder."

"I wonder what Marlborough, Wellington or Churchill would have thought about the EU."

"Conviction is key: people can spot from a mile away if a politician just speaks spin manufactured to please them."

About the Author
JP Floru arrived in Britain in 1994 with a single suitcase and a scholarship to Leeds University. He has since become a full time artist selling his works at galleries in Londong and New York. He has also entered politics becoming a councillor in London and standing for the European Parliament in 2009.
Posted by Rupert Matthews at 01:15 No comments:

We are about to release some videos about our new range of political books. Watch this space.
Posted by Rupert Matthews at 01:17 No comments:

We are currently revamping our website. Watch this space for changes as they happen.
Posted by Rupert Matthews at 01:22 No comments:

Our Book Launches for next week

Our Book Launches for next week are now featured on the website of THE FREEDOM ASSOCIATION
Posted by Rupert Matthews at 01:17 No comments:

We are pleased to announce our programme for Conservative Party Conference as follows:

10am        How to be a Successful Election Candidate
Rupert Matthews. Book Launch.

11.15am  Windfarms and the Rape of Britain
Struan Stevenson MEP. Book Launch. 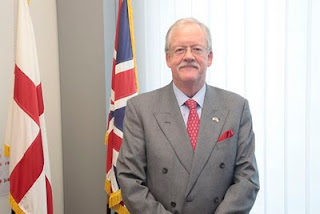 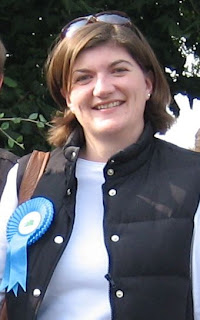 Still working on our Conference Programme

And it looks like being a real cracker. Watch this space.
Posted by Rupert Matthews at 01:00 No comments:

This year Bretwalda Books will be forming part of The Freedom Zone at Conservative Party Conference. We will be announcing our Diary of Events in due course, but meanwhile more details of the Freedom Zone can be found HERE.


Posted by Rupert Matthews at 02:00 No comments:

Watch this space for details of the papers and launch events.
Posted by Rupert Matthews at 03:48 No comments:

Paperback Edition out now! - Can Britain Leave the EU? 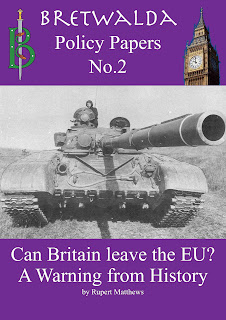 Buy the paper back HERE.

Posted by Rupert Matthews at 22:46 No comments: 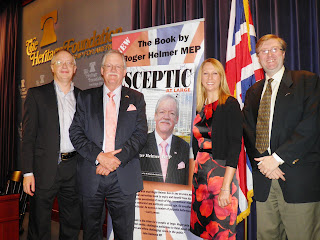 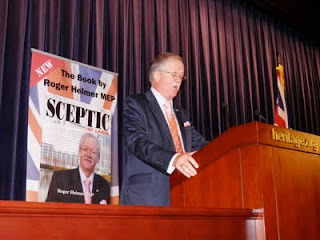 More photos from the Washington  DC  launch of our book "Sceptic at Large" by Roger Helmer MEP
Posted by Rupert Matthews at 02:33 No comments:

"Sceptic at Large" launched in the USA

This week Roger Helmer MEP travelled to Washington to launch his book "Sceptic at Large", published by Bretwalda Books.

Roger writes:
"On Tuesday April 3rd I was in Washington for a signing of my new book, “Sceptic at Large”, in an auditorium in the Margaret Thatcher Centre at the Heritage Foundation, courtesy of Senior EU Analyst Sally McNamara.
I have known Sally now for over a dozen years.  I first met her in early 1999, when I had been selected as a euro-candidate, but not yet elected.  She served as Press Officer to me and Chris Heaton-Harris, and then as my political researcher in Brussels.  In 2004 she went to Washington with the American Legislative Exchange Council (ALEC).  In fact as I write I am at ALEC’s annual conference in New Orleans, where I went on after the Washington book-signing.
I am hugely grateful to Sally for giving me the opportunity to introduce my book in the USA — and extremely proud of the work she’s doing in Washington.  I plan to blog separately about her excellent report on the EU’s outrageous spending (of our money) on left-wing causes in the States.  I take considerable pride in the achievements of a number of my former staffers, and Sally is a prime example.
We had a turnout of seventy, which is good for that type of event.  They included diplomatic people, think-tankers (an excellent showing from the Competitive Enterprise Institute), and academics.  I have already blogged about the personal invitation I issued to the EU’s “Ambassador” to the USA, but so far as I could see no one from the EU delegation, nor from the representative office of the European parliament in Washington (yes, there is one, I’m afraid) was there.
Apparently the video technician, setting up the scene, had suggested that maybe there should be an EU flag to add to Old Glory and the Union Jack on the stage.  Of course I would have objected — but I was amused to learn that the Heritage Foundation simply hasn’t got an EU flag.   And quite right too!"

Posted by Rupert Matthews at 00:02 No comments: