Conspiracy author Kenn Thomas has given Para-News a 5 star rating and a good review on Amazon US.

Kenn Thomas writes:
We simply cannot have enough writers like Richard Thomas. As this book demonstrates, Thomas keeps tabs on the "para" world. His interest in the paranormal is Fortean--not just cataloging all the strange critters that science denies exists but putting them in the context deliberately defiant of that denial. And he understands the link to the parapolitical, that is the conspiracy "theorists", in reality the students of things that do not neatly fit into the standard political paradigm, things like assassinations, cover ups and real conspiracies. He does this through interviews with many of the more interesting personalities putting forth such "theories", including the prolific and formidable Nick Redfern and Richard Dolan, the great documentarian of the national security state. The reader cpmes away with the hope that Thomas produces more volumes of Para News, and that he keeps up with his blog work and newspaper reporting. There's a lot to cover...

Posted by Rupert Matthews at 01:46 No comments:

Posted by Rupert Matthews at 05:09 No comments:

"Sceptic at Large" Reviewed on the European Journal

Highlights of the review include:

Roger Helmer is not a sceptic in the normal meaning of the word: “a person inclined to question or doubt accepted opinions”. He does not doubt. He is as certain that he is right as the targets of his attack: the Brussels bureaucrats, Europhiles and “climate change alarmists”. Neither is he a contrarian, merely seeking controversy. His positions are based on his well-reasoned response to the evidence that he sees. Sceptic at Large is, then, more a personal manifesto.


Helmer threads a narrative through extracts from his speeches and blogs which gives the book the immediacy of responding to events as they unfold. It also gives the book a sense of frustration, almost exasperation, that others cannot see his obvious truth.

Helmer takes the opportunity to settle some old scores: with his long-standing rival in the EastMidlands, “Bill Turncoat Dunn” who, having been elected a Conservative MEP, defected to the LibDems and with Hans-Gert Pöttering, the former leader of the EPP who moved to expel him from the Group in the European Parliament.

The real Roger Helmer emerges, like the sun from behind a cloud. He is sceptical about the merits of art, literature, poetry or architecture after the early 20th century and gives us paeans to Edward Burne-Jones (“move over Michelangelo’s David … move over Moan Lisa”), to Lutyens, to Gaudi’s Sagrada Familia and to H.E. Marshall’s Our Island Story. Are there clues here to his wider world view? He appears in country attire to support the Fernie Hunt Team Chase and at the East Midlands Food Festival praising the producers of Lincolnshire Poacher Cheese.


Posted by Rupert Matthews at 03:43 No comments:

We have just picked up the news that Kindle is to be launched in India. Given interest in India for one of our promotional videos, we await this event with interest. 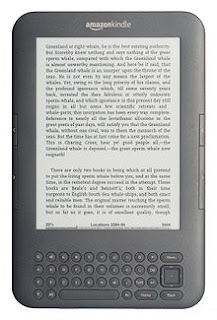 Video to be used by an Indian University

The video about our book "Hitler's Forgotten Secret Weapon" is to be used by an Indian University as an example of video advertising as part of their English Course.


Posted by Rupert Matthews at 03:34 No comments:

We are investigating converting our backlist to Audio Books. If anyone has an opinion on this, please contact us on info@bretwaldabooks.com
Posted by Rupert Matthews at 01:52 No comments: 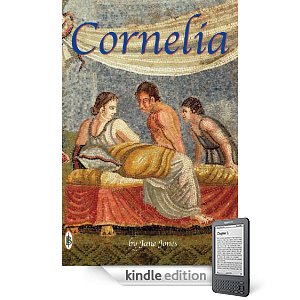 About the Author
Jane Jones lives in a rural village in Surrey, near to where the novel opens - but some 1800 years later.
Posted by Rupert Matthews at 01:27 No comments:

The Bretwalda Books fringe meeting at Conservative Party Conference will this year take place at 1pm on Monday 3rd October. The event will be outside the security zone, so you won't need a security pass to attend.
More details to follow in due course.
Posted by Rupert Matthews at 01:56 No comments: 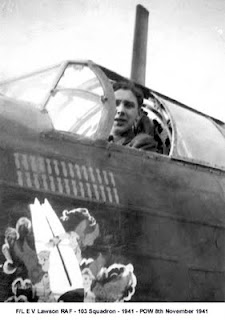 The ms for our next RAF book has arrived. Watch this space.
Posted by Rupert Matthews at 02:51 No comments:

We are organising a Fringe Meeting for Conservative Party in October. If you would like to know details contact us on info@BretwaldaBooks.com
Posted by Rupert Matthews at 01:52 No comments:

Sceptic at Large in Poland 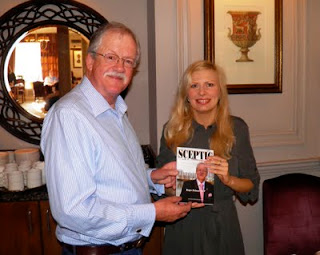 On 2 July Roger Helmer was in Poland presenting a copy of our book "Sceptic at Large" to the leading Polish journalist Patrycja Kotecka.


Posted by Rupert Matthews at 07:38 No comments: