To say that Douglas Bader was a complex character would be a grave understatement. He was undoubtedly different things to different people and some people saw him as self-opinionated, self-centred, outspoken, dogmatic, reckless, exasperating and a person who was capable of generating extreme dislike.
He was certainly all of these, but he was also a charismatic and inspirational leader, defiant in the face of adversity and extremely brave and tenacious in the pursuit of his enemies. He could also be charming, inspirational, generous with his time and compassionate. His many friendships were loyal and lasting and he was someone who could be excellent company.  His extreme self-confidence enabled him to inspire confidence and admiration in others.
To understand Douglas Robert Steuart Bader it is necessary to look at his childhood. He was born on 21st February 1910 in St John's Wood in London, the second son of Frederick and Jessie Bader. His father was a civil engineer and shortly after Douglas’s birth his father returned to work in India taking his wife and Douglas’s elder brother with him. The young Douglas had been suffering from measles and was not considered fit enough for the journey so he was sent to live with relatives on the Isle of Man where he spent the next two years.
When Douglas was two it was decided that he should join his parents in India, but the following year his father resigned his job and in 1913 the family returned to England and settled in Kew. It was not a happy household. Robert Bader was 20 years older than his wife and they were constantly fighting. There was also fierce rivalry between Douglas and his older brother Derick.
During the Great War Douglas’s father was commissioned in the Royal Engineers, but was wounded in the head during an action in 1917. By the end of the war he had reached the rank of major and stayed in France working for the War Graves Commission. Douglas and his family saw little of him during this time.

From "Douglas Bader" by Michael Evans
Get your copy HERE 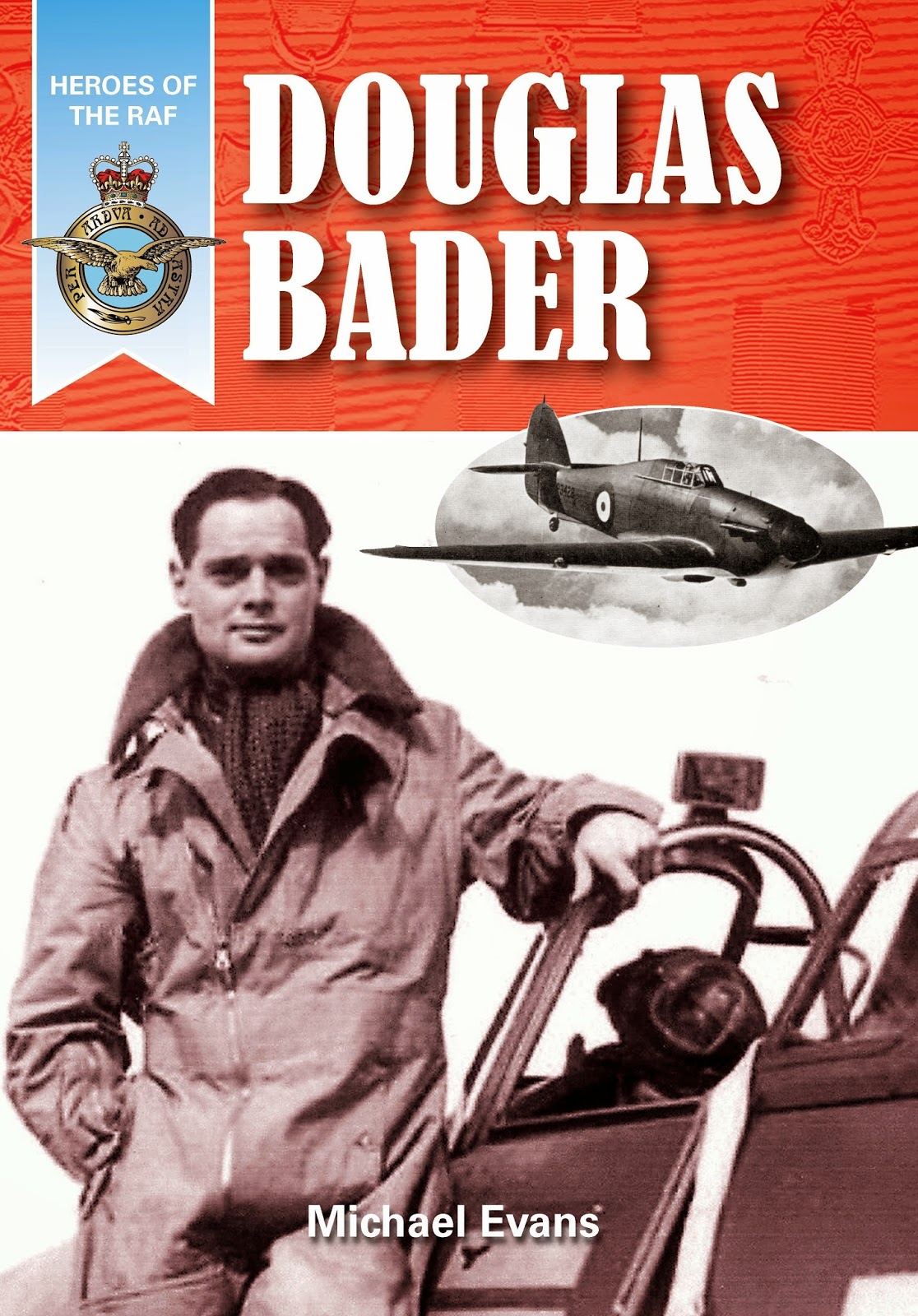