NEW EBOOK - The City of London in Retreat: The EU's attack on Britain's most successful industry 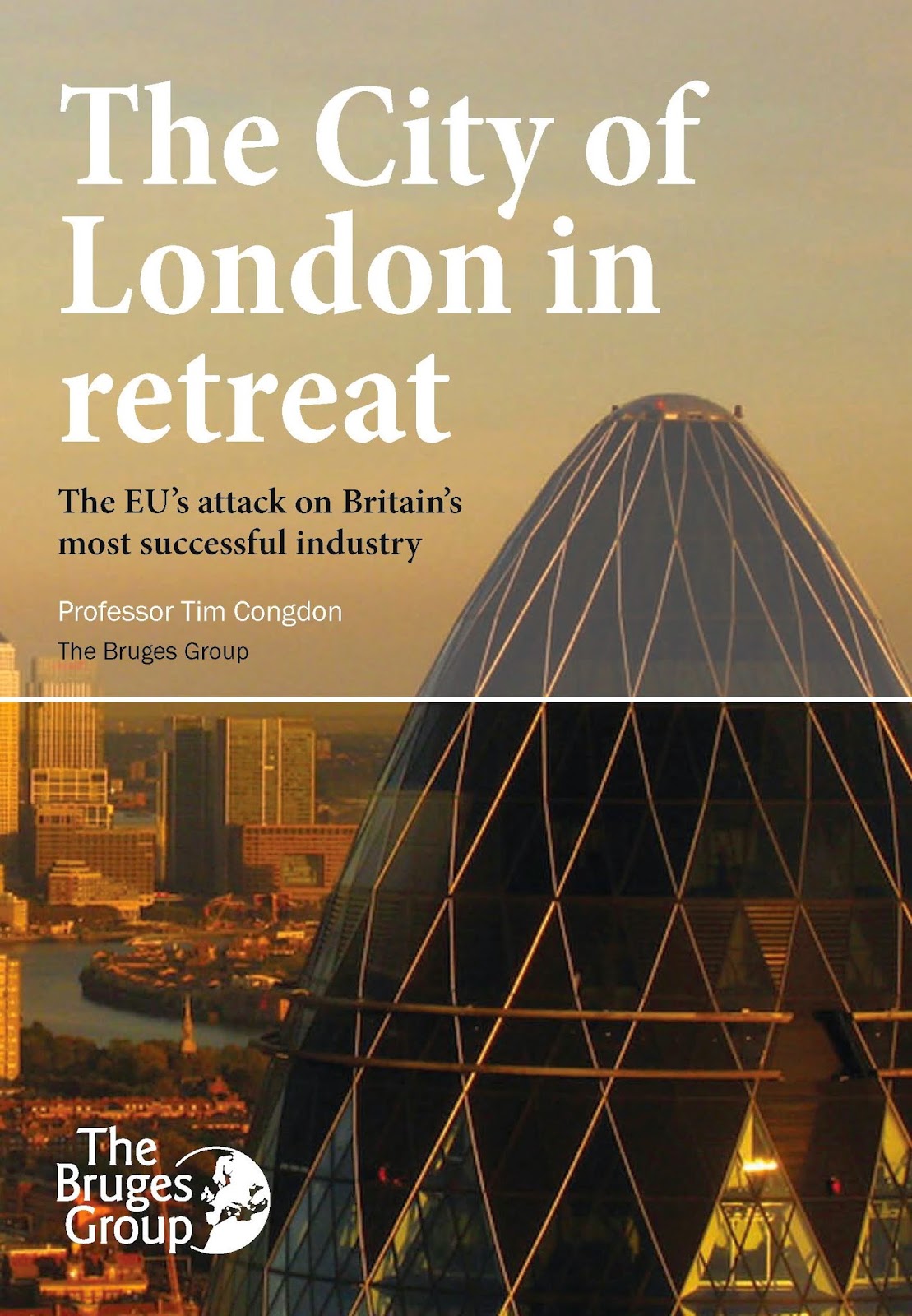 How is Britain to remain a well-paid, successful and influential nation in the 21st century?
In our own nation such service activities as financial services, legal work, accountancy, publishing, journalism, business information, management consultancy and advertising (plus its associated activities of design and market research) tend to be located in London and to be well-paid by UK standards. Much of the output of these industries is exported. Left to themselves, current pay differentials argue that the UK is likely to specialize in these areas, which might be termed “international business services”.
However, the UK’s position as a world leader in the provision of international business services is under threat. The move of regulation from the UK to EU institutions is an important reason for the halt to growth. The UK’s financial services industries have increasingly been subject to harmful and unsympathetic regulatory interventions from the EU. The rapid growth in the UK’s financial services industry in the 40 years to 2008 now lies in the past. EU-level regulation is more costly, cumbersome and inefficient than the previous regulatory structure under the UK’s own control.
The UK has no veto. This is one reason, although only one reason, why a radical re-appraisal of EU membership has become essential.

Posted by Rupert Matthews at 11:07