Dr Duncan’s Fun Lab is a series of ebooks, each of which features a fun and educational science experiment to do at home.

Are you enjoying Dr Duncan’s Fun Lab experiments? Perhaps this is the first time you have come across this series of ‘science discovery’ in your own home.
Here is one for you to try yourself.
How about making your own music and finding out something about sound?

In this book you will learn how to make a DIDDLEY BOW
Isn’t that just a lovely name for a musical instrument?
When you watch a live band do you sometimes wish you had your own group and could play like the guitarist? Playing an air guitar is fun but not very satisfactory without sound is it?
It is thought the diddley bow came to America with African slaves. Because it is such a simple instrument it was played mainly by children, sometimes by two children, one who beat the instrument with two sticks and another who changed the pitch by moving a slide up and down. They would often give it up to begin playing the guitar. The diddley bow is mainly played in South America, but has influenced music throughout the world. The first recording made of a diddley bow was in the 1950's and it has grown in popularity since. 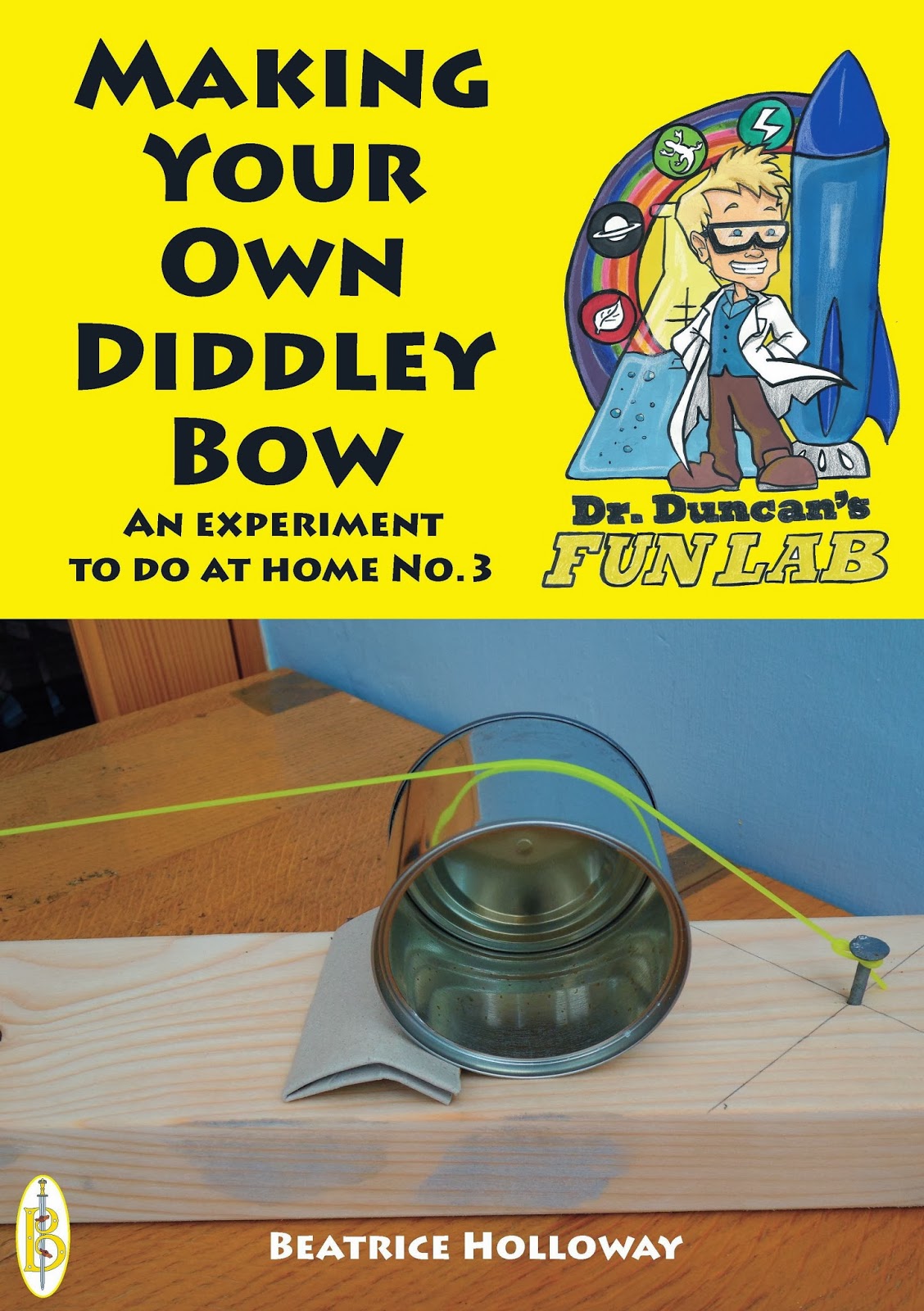